The following people have directly stated that they think future Wales games should be played at the Millennium Stadium:

Man who attends ‘every game’ but has not attended a game since 2010.

Man who did not watch Belgium match because was at gig.

Man who did not watch Belgium match because was at gym.

Man who thinks there should not be a Wales team because a ‘British’ team would give ‘us’ a chance of winning something. 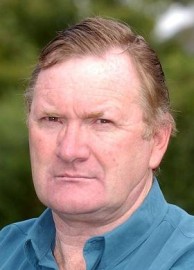 These people are not relevant when it comes to generating a sustainable product (and revenue) for the FAW and their feelings or opinions should not be considered.

If you understand product, and how to make a successful product, you will appreciate that the product must be appealing to the customer, but first you need to know who the customer is:

Who is the customer for the Wales team?

But to be more specific, the customer for the Wales team is:

Welsh people who support and engage with the Welsh football team.

Who are these people?

These people watch the games on the television when they cannot attend the game.

These people buy merchandise for themselves and their children.

These people engage with the side both IRL and online.

Now we know who the customer is.

We also know who the customer isn’t, but that’s negative so we won’t give that a second thought from this point onwards.

We know who the customer is, and who the customer isn’t. We should take a moment to consider the emerging customer. Briefly: the emerging customers are the schoolchildren who by seeing the team succeed on the pitch will view supporting Wales as an aspirational and prestige brand. Their goal will be to one day wear their Bale, Ramsey, or Hal shirt as they attend their first match. This match should not be in a quarter full Millennium Stadium. Even if it takes longer to achieve the goal of attending IRL, the match should be at a vibrant and packed out Cardiff City Stadium. This is how lifelong brand loyalty is achieved in most sports related cases.

The product is currently enjoying a high level of status and popularity. Why is this?

Qualification is done, it’s happening.  Accept it. Like Kanye says: any pessimists, I don’t talk to them. We have a successful side and the symbiosis between players and fans is clear:

This is a successful product and this level of success can realistically be expected to be maintained for the next ~7 years at the very least. Additionally, the FAW has put in place a world class coaching pathway, which is beneficial to both future Welsh coaches and also to future Welsh players. We may be about to experience a golden period that will establish the current generation as the GOAT, but even in the event of a post-Bale decline we will never return to the depths of the UEFA/FIFA rankings – that era is done, over. The point being made is this:

Given the right conditions, our team will succeed.

Moving to the Millennium Stadium against the wishes of the players (also by extension the management) and the paying fans would be counter-productive and a resulting down turn in results – a poor start to a qualifying campaign for example – would result in the team playing in front of 14,000 in a 75,000 seater stadium.  The net effect of this?

Less money for the FAW.

I have no problem with the FAW wanting to accrue as much money as possible. I encourage it. But success in this ambition all hangs on the team’s performance.

We can now guarantee much higher tournament ticket uptake for the WC Qualifiers. Great. Put the price up a little – this is understandable and not a problem as long as the increase is moderate and realistically pitched. It’s a cast iron guarantee of revenue, irrespective of results. Retaining the atmosphere of the Cardiff City Stadium is likely to see a strong World Cup qualifying campaign. The symbiosis continues. How the FAW profit from this:

Stronger position to negotiate commercial rights for a locked in period of time.

Stronger position to sell merchandise to the adults and children of Wales.

This is not an exhaustive list. Jonathan Ford would be able to reel off many other revenue streams that a prolonged period of success would open up. That’s his job, he’s doing well so far and he needs to retain his ambition and push the project onwards. The Millennium Stadium is not part of the project, not in a footballing or product sense.

The long term goal is to have a purpose built national stadium. If you think this is not possible then I have no interest in communicating with you because, like this current side, I do not subscribe to the theory that we are limited by previous failure, lack of ambition, or a self-defeatist ghetto mindset. We, the players and the fans, are a winning team with no limits.

I’m in the back row of the Canton, loving life and going in hard. See you in France.

Richard Owain Roberts grew up in Ynys Môn and now lives in Caerdydd. His debut short story collection ALL THE PLACES WE LIVED is available from Parthian Books: http://www.amazon.co.uk/All-The-Places-We-Lived/dp/1910409650