In many ways 2016 has tanked – Brexit, Trump, rise of fascism, death of Bowie, Ali, Lee et al, Joe Allen’s move to Stoke. But for several heady weeks in the summer we had the time of our lives. Here’s our alternative highlights of 2016.

Beard of the Year – Joe Ledley

Undefeated in the beard honour stakes for a successive year, but only narrowly. Joe now faces some seriously stiff opposition in 2017 from Joe Allen and Mark Evans. Leon 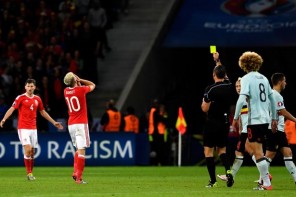 The ‘What If?’ Moment of the Year – Aaron Ramsey’s absence vs Portugal

Ben Davies had been imperious and assured all tournament and was a loss, but the nagging doubt persists that Ramsey’s presence would have allowed Wales to exert a degree of midfield control and provide the necessary guile to pick the lock of a resolute Portugal defence. Davies’s goal-line clearance from Marek Hamsik is a close second. Russell

Jones has emerged as a top analyst, in both English and Welsh, during 2016. Long a presence on S4C, Jones is appearing increasingly on English-medium media demonstrating a deft tactical awareness and refreshingly avoiding the cliché and truisms that too many Welsh ex-pros trot out. Get him on the international scene more regularly…Rich

…in contrast to Ryan Giggs‘s appearances during Euro 2016. With ITV’s dawning realisation that Wales were going to achieve something and that they knew naff all about Wales, Ryan Giggs was drafted in to provide insight. But Giggs showed all the enthusiasm for the task as he used to for an away friendly in the 1990s. When he did open his mouth nothing of note came out. Hywel

The array of villages, clubs and political allegiances adorning Dreigiau Coch and St David’s Crosses is one of the enduring delights of #walesaway. It was refreshing and reassuring to see Welsh fans embodying the #TogetherStronger mantra in France: club rivalries were put to one side, young and old, male and female, Welsh speaking and non-Welsh speaking – all of which was wonderfully captured by the film Y Wal Goch. Cardiff’s Somali community is one of the oldest ethnic communities in the UK, and in the aftermath of the Brexit vote and rising right wing populism across Europe their flag, pictured here in Paris at the Northern Ireland match, was a timely antidote to the stupidity back home. Russell 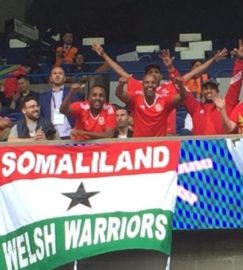 Song of the Year – This Is Wales

Manic Street Preachers may have provided the official Wales Euro 2016 anthem but in truth, and in keeping with the long tradition of tournament songs, it’s a bit naff. Though as Leon pointed out in podcast #31 that accompanied our own musical contribution to the Euros in collaboration with Wales Online’s David Owens, that was ok because Wales missed out in the 70s and 80s during the heydays of tournament songs. Our playlist drew on many of the year’s tracks recorded to mark the Euros, the standout of which was The Barry Horns brass dance ditty. If I have a criticism it doesn’t mention Dinas Powys. Nonetheless, it deserves to become a Wales terrace anthem; if only Wales had a supporters brass band who could make it happen….Honourable mention to the excellent ‘Spirit of 58′ by Argument City and Super Furry Animals’ ‘Bing Bong’. Russell

Contract of the Year – Gareth Bale

Bale won a second Champions League medal (scoring in the shootout), scored in each group game of the Euros and closed in on Ian Rush’s all-time Wales record but true confirmation of his position among the game’s global elite was his whopping new Madrid contract at the end of October worth £600,000 a week gross or £150 million over six years. The Guardian reported it at the time as the biggest ever in football. To a lad from Whitchurch. Rich 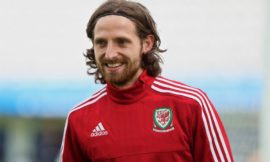 Hair of the Year – Joe Allen

Like in the beard category, competition was stiff. Ramsey’s pre-Euros peroxide was a statement of intent that he more than delivered on with a brilliant tournament. And Tom Bradshaw’s foppish mop made an impressive cameo in Kiev. But Allen signaled his elevation to the ranks of Europe’s midfield elite, though his transfer to Stoke suggested otherwise, by cultivating suave Gallic locks that looked just perfect in Bordeaux, Lens, Toulouse, Paris, Lille and Lyon. Hywel (Podcast Pêl-droed’s Hair correspondent)

Troll of the Year – Leon Barton

Yes, our very own. Pointing out that Simon Church has played in more tournament semi-finals than Lampard, Rooney et al will never, ever get tired. Russell

Drawing on the Welsh translation of the term coined by the players for the Welsh supporters, Nick Stradling‘s documentary chronicles the experiences of fans over two nights in Bordeaux either side of the Slovakia game. We chatted with Nick in podcast #45 about the film. Can’t wait for the sequel in Russia. Russell

@PodcastPeldroed @walesinthemovies Really enjoyed the podcast. Nick's film will get better every year.

Magazine of the Year – Chicken & Egg 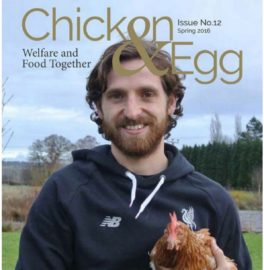 Celebration of the Year – Wales squad

Disrespectful? Maybe. Funny? Definitely, and boy did it yank some English chains among supporters and media. Oddly, it wasn’t considered disrepsectful to question many of the non-Wales born players’ Welshness when some English media and supporters vicariously tried to appropriate Wales’s Euro success. Which makes it all the sweeter that in the leaked footage it is the likes of Andy King who particularly enjoys England’s limp exit to Iceland . Russell

Anti-climax of the Year – Hal Robson-Kanu to West Brom

As a free agent HRK put himself firmly in the shop window when he sent Belgium’s defence for hot dogs. Despite rumours of Athletico Madrid, Chinese megabucks, Celtic and Swansea he finally signed on the dotted line on deadline day at the dullest EPL side under the league’s most pragmatic manager. Not only has yet to start a game for the Baggies, he hasn’t completed 90 minutes for any team (at the time of writing) since playing for Reading at Brighton mid-March. Russell

Clubman of the Year – Lee Trundle

Ok, so Lee’s not Welsh but having played for Rhyl, Wrexham, Swansea, Neath and currently Llanelli, he was long ago adopted as one of ours. He has scored hat-tricks for fun for Llanelli this season and averages two goals a game for the Reds. At 40. Trundle also scored your new favourite penalty for a Swans All Stars team in 2016. If you’re stuck for a New Year’s resolution, resolve to get yourself down Stebonheath in 2017 for a last Magic Daps fix before Trundle hangs up the boots for good. Hywel