“All in all we’re just another brick in the wall”

For Pink Floyd the bricks in the wall were societal and social inequalities, abuses of power and psychological harm experienced by people. In the iconic video school children sang over images of a ghoulish teacher caning the song’s protagonist, mocking his poetry, and demeaning him.

In contrast becoming another brick in The Red Wall has been an enriching, exciting, fun, emotional experience – phenomenon, even – that has created a unique fan culture: bucket hats, podcasts, fanzines, songs, a burgeoning online and print literature scene, pin badges, stickers. We speak of feeling connected to the players and the team; but we are so connected to each other. 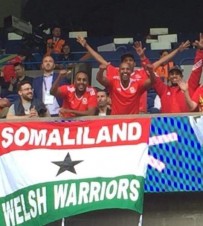 In so doing inter-club rivalry has hugely diminished. But moreover it has been, as evidenced in Nick Stradling’s documentary of Bordeaux Y Wal Goch and Jonny Owen’s Don’t Take Me Home, a largely inclusive movement: Welsh speakers and non-speakers; people of colour; women and girls are more numerous at games; young and old. There’s even people with few or no ties to Wales joining The Red Wall.

Sadly, in Denmark and again in Dublin this week misogyny, sexism and racism reared their head; not so much bricks in the wall, but pricks.

Hopefully, for some a foggy hangover in Dublin on Wednesday morning was accompanied by feelings of regret, contrition and embarrassment for groping women or for racially abusing Ashley Williams. And if not then, hopefully by now it is beginning to dawn on them as they reflect on their appalling behaviour.

Ghandi ecnouraged us to ‘be the change we wish to see’.

The overwhelming majority of us will have abhorred reading what Hayley and Ashley put on Twitter. We want The Red Wall to remain inclusive, friendly, tolerant, welcoming…fun. And for the majority of us it is this because we make it that way. In that respect we follow Ghandi’s words.

However, it is never enough to cite ‘a mindless few’, or ‘rotten apples’; nor to put it down to drunkeness, banter or exuberance. Even worse is to say or do nothing.

Henrik Ibsen wrote in The Enemy of the People:

“You see, the point is that the strongest man in the world is he who stands most alone”

This was Ashley Drake when he faced down Ash’s abuser in the Aviva. That he was not backed up in that moment should shame us all. It is not enough to pat the lone Ashleys on the back after the event. Ibsen also wrote in the same text:

“A community is like a ship; everyone ought to be prepared to take the helm”

The Red Wall is our community and we need to take responsibility for it, to nurture it. You, me, we need to face down the racists and misogynists and tell them, there and then, that is not acceptable and will in no way be tolerated.

It might feel isolating and scary. We might feel outnumbered if they appear numerous and their herd mentality insulates and emboldens them.

But there are more of us than there is of them.

So if #TogetherStronger is to really mean anything let it be now and in Cardiff and Tirana next month.