Should Wales have a National Football Museum?

In podcast#22 we took a look behind the scenes at Wrexham Museum’s Welsh Football Collection. In this guest blog Mabon ap Gwynfor of the #BringFootballHome campaign (@CartrefPeldroed) calls for a permanent National Football Museum to be located in the town.

You can express your support for the campaign here and can also visit the campaign’s Facebook page.

Why do we support Wales?

What makes us Welsh?

Seemingly simple questions on the one hand; but on the other they are also highly charged, personal, and complex. 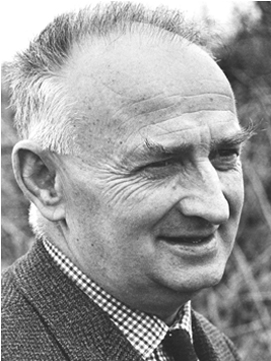 There are many factors that have lead us to choose one national allegiance over another – place of birth, ancestry, romance and a whole host of other reasons, far too long to list here. Whilst many are personal reasons, many too are collective, and to do with our relationship with others, a common heritage, experiences, and culture.

But what then is culture and heritage, and what are these experiences?

Here in Wales we hear a great deal about our culture, how proud we are of our cultural traditions. Culture is what binds us together and makes us unique from others. Our music is celebrated at festivals across the country, bought in shops, listened to on a daily basis, from the harp and Cerdd Dant to Tom Jones, Male Voice Choirs and the Super Furry Animals and Manic Street Preachers.

We’re renowned for our poetic traditions, with Dylan Thomas, Owen Sheers, TH Parry-Williams and Waldo Williams all recognised names (depending, of course, on your language). Then we have the Language itself, or more accurately, the three languages of Wales: Welsh, English and Wenglish, that unique hybrid that’s to be found in both Welsh and English communities with both languages influencing each other to a greater or lesser degree. We also have literature, art, theatre, cinema and dance, each an important fibre in our cultural identity.

In each case we celebrate our culture and heritage by preserving past glories and participating in modern day activities.

To this end the Welsh Government-funded National Galleries and Museums Wales (NGMW) promotes and supports museums, theatres, dance groups, films etc. These centres and groups tell the story of Wales to us and the world.

But. There are two crucial components missing.

First, for all the beauty and heritage that is to be found in our poetry, art, languages and songs, there is no celebration of one key part of any country’s cultural identity – it’s sporting heritage. Sport plays a crucial role in our culture. It unites communities and nations, allowing people who might otherwise never cross paths to come together.

While rugby, cricket, boxing, snooker, horse-racing and other sports have wide support in Wales, no other sport has the ability to reach people at all levels in all communities like football. 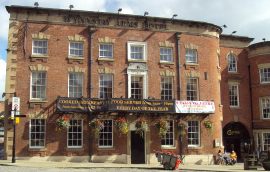 Think back to the latter half of the 19th century and the forming of three of the oldest football clubs in the world: Cefn Druids, Chirk Athletic and Wrexham AFC; then the formation of the Cambrian Football Association later to become the FAW at the Wynnstay, Wrexham; and the oldest international football ground in the world at The Racecourse, Wrexham. Is it any coincidence that these things happened in this particular part of the world? Think back to those tumultuous times, with the industrial revolution at full tilt; the movements of people, from Anglesey, Meirionnydd, and elsewhere across to Wrexham with its ironworks, coalmines and associated industries. The political upheaval with the spread of voting rights and more men being given the vote (the rights of women came later still); increased connectivity with telegrams then the phone and trains connecting people like never before; significant changes in working laws following the creation of many trade unions, with shorter working days, weekends, and more state schools being introduced; improved housing and more public parks and recreational facilities. Society was changing rapidly, and football and its rise reflected this revolution.

Today the story of football is vastly different. Players are earning £200k a week; many are effectively owned by corporations and sold for tens of millions of pounds. Television has completely changed the sport, the way we both view it and participate in it. Cefn Druids has a (relatively) new stadium and fantastic facilities thanks to investment from what is essentially a very large grocery store; while the High Street in Cefn Mawr itself is but a fraction of its past glory; most of the pubs are closed, and paying to view top class games has changed from cash transaction on the gate to a digital subscription to Sky.

And enter today, with football starting to fight back, from fan owned clubs such as Wrexham, Merthyr Town and Newport County, to the success of the national team and their Euro 2016 qualification.

These changes and everything in between tells the story of a changing people and communities. This is what museums are about. But the difference here is that this story, told through football, is told with passion, love, laughter and, at times, sadness; the passion of everyday people, because football knows no class or social boundaries. Football is, after all, the people’s game.

Why Wrexham? I’ve already referred to some of the obvious footballing reasons why it should be established in Wrexham, with the area’s history with the game.

I mentioned earlier that there were two components missing from our world class Museums and Galleries portfolio in Wales, the first component being the sporting part of our culture and heritage.

Second, while our museums and galleries tells the story of the people of Wales to us and to the wider world, a visitor could be forgiven for thinking that the Welsh border stood somewhere along the Conwy Valley. While NMGW aim to tell the story of the whole country, each centre also gives attention to the role of the specific region in which it is placed. Thus the National Wool Museum rightly celebrates the role of south west Wales and the Teifi Valley in the story of Wales. The National Slate Museum quite rightly extols the virtues of north west Wales and the quarry communities of that area, and so forth. Yet there is nothing in north east Wales. 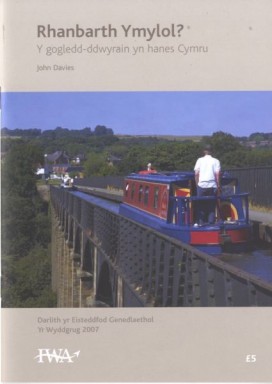 As the late great Dr John Davies said in the opening comments to his 2007 Mold Eisteddfod lecture*:

“There is a tendency – in the south in particular, but also perhaps in the north-west – to consider the north-east to be a rather detached part of Wales, or, indeed, to be more of an adjunct of Merseyside than an integral part of the Welsh nation.

“Evidence of the marginalization of the region is apparent from the fact that it did not become location of one of the founding constituent colleges of the University of Wales. Nor did it obtain the northern headquarters of the BBC in Wales, despite the fact that the number of inhabitants in the two original north-eastern counties exceeds that of the three original north-western counties by over a hundred thousand. It has no city, no out-station of the National Museum, and, as yet, no World Heritage Site**. The region has not had its share of Welsh institutions, not because it is an unsuitable place in which to locate such institutions, but because we in the rest of Wales have connived in the region’s marginalization. And I speak as one from the rest of Wales, for in my advocacy of the north-east, I am inspired, not by any personal or family associations with the region, but by a feeling that that marginalization is fundamentally unjust.” 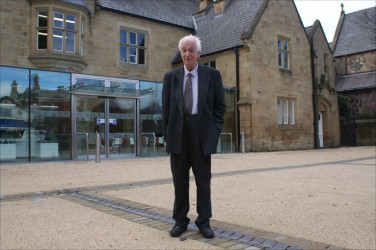 From the Mold Gold Cape, to the many hill-forts, Dr Davies stressed that it is in the north-east that the historical era in Wales begins.

“The first written evidence of any area of Wales is Tacitus’s 1st-century account of the Roman attack upon the Deceangli, the people living between the Dee and the Clwyd. The huge military camp discovered at Rhyn Park near the mouth of the Ceiriog Valley indicates the scale of the Roman preparations and the degree of resistance they expected”

“The Eliseg pillar in Llangollen; the constant toing and froing between the Kingdoms of Wales and England in this part of the world during the middle ages which helped define what we today know as modern Wales; the home of Owain Glyndwr – this all before even thinking of the huge role the area and it’s people played over the last five hundred years”

It is fair to say that there would not be a Cymru if it were not for this region. Yet there is no recognition of the central role that the people of this region have played in the making of Wales.

The Welsh project is already on precarious grounds, with the people in this region feeling neglected and ignored by the new political elite in Cardiff Bay.

It is time that this region was recognised for the key part that it has played in the making of Wales, and a National Football Museum would be a fitting tribute to honour and celebrate the lives of the people of Wrexham and north east Wales.

**Since the publishing of this lecture, the Pontycysyllte Aqueduct and Canal has been designated an UNESCO World Heritage Site