It’s easy to be cynical about modern football.  Let’s face it, there is a lot to be cynical about.  Plenty has been written about football’s ‘lost soul’. In this blog Leon Barton argues that in contrast to some other countries and domestic scenes, the Wales football team has not only found its soul but reconnected in an almost spiritual sense with it.

‘Show me a wonder…’ sang the Manic Street Preachers back in 2001.  Fifteen years on, the Blackwood band’s national football team did just that.

A great many books have been devoted to football’s “lost soul”: Theatre of Silence: The lost soul of football by Matthew Bazell (2008), The Beautiful Game?: Searching for the soul of football by David Conn (2005),  Jumpers for Goalposts: How football sold its soul by Rob Smyth and Georgina Turner (2011) being three of them.

I‘ve just re-read an article by Jonathan Liew that appeared in the Daily Telegraph at the end of July.  Titled ‘England Disunited: How the soul of English football came to be broken’ it is a thorough examination of a football nation utterly lost in a sea of cash, with no clear idea of how to reach the ‘dry land’ of national team success.  I know schadenfreude isn’t very mature, but I have to admit, I relished every single word of it.  To justify that, I’ll simply point to Exhibit A – the British (i.e., English) media.  When you are from a country lacking cultural autonomy in the manner that Wales does, when basically you share a ‘national’ media with a much larger and therefore more dominant nation next door, you get used to get used to the fleeting successes of said larger nation being shoved in your face, rammed down your throat and violently deposited into any other available orifice.  1966, 1990, 1996…well now Wales will forever have 2016 and I, for one, intend to milk it to the max.

So what is this ‘soul’ that football (and specifically, I guess, British football) has supposedly lost?  Here are some sentences extracted from the Oxford online dictionary definition;

‘The spiritual or immaterial part of a human being’

‘Emotional or intellectual energy or intensity, especially as revealed in a work of art or an artistic performance’

‘A person’s moral or emotional nature or sense of identity’

I was, unfortunately, only able to attend two of Wales’s matches at Euro 2016. Fortunately we won both games following superb, albeit very different performances. Slovakia was the game for me. Being there for Wales’ first tournament game in 58 years was a matter of huge personal significance. That we played well,  scored a goal (two in fact) and ultimately won the game were secondary considerations.  As the strains of Hen Wlad Fy Nhadau crescendoed into a truly magnificent “Gwlad, Gwlad…” I found that my eyes had become quite moist and salty.  The tears had only just dried when a spontaneous Calon Lan kicked in on around twenty minutes, causing the waterworks to return.

Spiritual? You fucking bet it was.

Glossing over the (in the end) meaningless loss to England, the second game I attended was versus Russia in Toulouse.  It was probably – for a few days at least – the greatest performance in Welsh football history.

If you want to see some ‘intellectual intensity’ on display within the context of a football match, just have a look at Aaron Ramsey’s point and lung-busting diagonal run which led to Joe Allen’s defence-splitting pass and the opening goal of that game. Okay, I’d been drinking all day, but even fairly high in the stands, I didn’t see any of those runs and passes coming until they’d actually happened.  Defence was turned into a goal in the blink of an eye; and, by God, it was beautiful.

And then of course, there was the Hal Robson-Kanu goal against Belgium.  For a player who has spent most of his career in the championship to Cruyff-turn three defenders just a few yards from goal was one of the most audacious acts I’ve ever witnessed on a sports field.

Hal was playing high-stakes poker with a shit hand and he called Belgium’s bluff.  In a quarter final.  Against the team ranked second in the world.  I didn’t know whether to laugh or cry, so I did both, just to make sure. 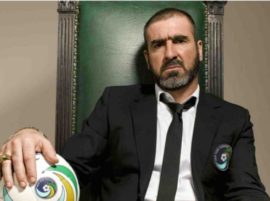 Eric Cantona has always insisted that football is an art form. Not just that, but the greatest art form ‘because it demands spontaneity’:

“I have never and will never find difference between the pass from Pelé to Carlos Alberto in the final of the World Cup in 1970 and the poetry of the young Rimbaud. There is in each of these human manifestations an expression of beauty which touches us and gives us a feeling of eternity”

Who am I to disagree with King Eric?

In the games versus Russia and Belgium, the circle of energy generated between the fans in the stands and players on the pitch revealed two of the greatest artistic performances in the history of Welsh sport. What made it feel extra special was that we – the supporters – felt as much a part of it as anyone else:

“I’ve supported Wales all of my life – woman and girl – and I have never experienced the simple unity of purpose between fans, players, coaches and staff as we witnessed in France” wrote former international Laura McAllister, now Professor of Governance at Liverpool University.

I realise this puts me in a minority among football fans but I have always put country above club. Among people who work in football, this doesn’t appear to be a particularly popular position either.  In 2007 Arsene Wenger said

It was his justification for not liking international football (incidentally, he’s been happy to take plenty of money from French TV for analyzing France games over the years…).

Well, for one, he’s wrong: Spain won the 2010 World Cup despite a population of 47 million.

Two, that Ryan Giggs never played in a World Cup is as much down to Ryan Giggs as it is Wales or any other external factor. If he’d shown the same commitment to his country that Gareth Bale has, there’s every chance he would have played in tournaments.  Maybe not. But I‘ve never bought this line that Giggs was ‘unlucky’ to be born Welsh. He played with plenty of good players at international level, and under Yorath, Hughes and Toshack , three (at the very least) competent managers.

Third, who is Arsene Wenger to say that Diego Maradona wouldn’t have dragged Luxembourg to a World Cup? Iceland has a smaller population that Luxembourg and we’ve all just seen how far their belief, spirit, organization took them at the European Championships.

And fourth, and most crucially (for me) ‘in club football you get to put the best players in the world together’ is exactly why I prefer international football.  It’s not about the money.  When you can only work with the tools available to you as an international manager, then the fans get to see exactly who the most talented craftsmen are.

I also love the anomalies international football throws up.  David Beckham may have loads of cash and club medals but he got absolutely nowhere near to winning a World Cup, something his one-time Manchester United teammate Kleberson managed to achieve.  And no Arsene, it’s not just because Kleberson is from the bigger country. Simon Church has played in an international semi-final, Wayne Rooney hasn’t.

I find that fact absurdly brilliant and utterly hilarious.

The bonds that are forged between entire playing squads and fans are unlike any that are formed at club level simply because the players can’t transfer elsewhere.  Gareth Bale will always be a Wales player no matter where he plies his club trade.  This was despite his agent suggesting quite recently that he’s lost out on millions in potential earnings by ignoring advice to opt for England as a youngster (Bale qualifies through an English grandmother). There’s your ‘immaterial part of a human being’ and ‘moral sense of identity’.

I’m not claiming all is rosy in Welsh football’s garden. The domestic league feels as desperate as ever with poor European results, low crowds and a general lack of interest among the public.  Very few Welsh youngsters are getting first team chances at Wales’s two biggest clubs, Swansea City and Cardiff City; although the hope is that Paul Trollope might reverse this trend in the capital. Players who have impressed at international level – Jonathan and George Williams, Emyr Huws – have been unable to kick on a club level in the manner expected given their talent.

But I just can’t help noting the massive irony that with English football currently engaged in another round of frantic soul searching, in Wales, after years, decades, in which only the very dedicated could even be bothered to look, we finally seem to have found ours.

And in the words of Welsh football’s worst ever captain, ‘It’s been emotional’. 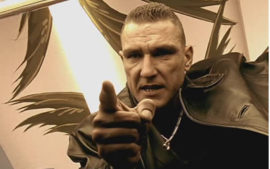