Trauma in Tbilisi: Wales’ bid to right the pain of Georgia*

Ahead of the World Cup qualifier game in Tbilisi Leon Barton takes a look at Wales’s two previous to the city. You may want to look away now….

First, the good news: Georgia have nothing to play for and they haven’t won a game in the group. We’ve just laid one ghost to rest in Moldova and now we’ve got a bit of momentum. We also have super-starman/boy Ben Woodburn, the Premier League’s most in-form full back in Ben Davies and arguably the greatest football team in our history out in the far east of Europe right now (sadly missing it’s biggest star…although we shouldn’t dwell on that – there’s plenty of talent in our team without him)

Now the bad news: On our two previous visits to Tbilisi we’ve been absolutely fucking appalling.

There are those amongst the Podcast Pêl-droed crew (ok, Rich) who’ll tell us history counts for nothing, this team is different and so on. I sincerely hope he’s right because I’m about to document two of the worst days in the history of the Wales’s football team and they happened to take place in the city where the team currently are. 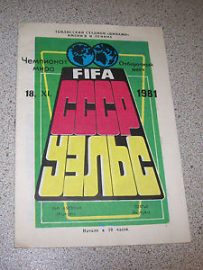 According to my Podcast Pêl-droed comrade Russell, the guy sitting behind him during our (admittedly) disappointing home draw with Georgia last year described the opposition as “a team of plumbers”. Although delighted that our home games are now played out to full stadiums, I have to admit that I’d rather ignoramuses like him weren’t in attendance.

Georgia is a place with a stellar football pedigree.

When the Soviets won the inaugural European Championship back in 1960 (then called the Nations Cup) three Georgians were in the team. That included Mikheil Meskhi, a man nicknamed ‘The Georgian Garrincha’ in tribute to his eye-catching wingplay on the left. In the summer of 1981, Dinamo Tbilisi won the European Cup-winners Cup with a team made up entirely of local players. It was a pedigree that lead to the city often hosting games back in the Soviet days and it was where they chose to play us that autumn in the race to get to the 1982 World Cup.

Wales had started the group like an express train with four wins and a draw, and no goals conceded. The fifth game in that sequence – a 0-0 draw at Wrexham/Wrecsam versus the USSR was considered a bit of disappontment given the four previous wins. That was followed by a 2-0 loss in Czechoslovakia and a first goal conceded in the campaign; fully 457 minutes in.

A home tie with Iceland was considered an absolutely banker; they were looked upon as minnows back then, an opportunity to boost the goal difference. Manager Mike England – displaying a level of tactical naivety that be would a feature of his seven-year reign – opted to go with three at the back and focus on attack. It all seemed to be going fairly well with Wales 1-0 up and in control, but a minute before half -time, the lights went out. Literally.

Floodlight failure at The Vetch meant a 43 minute delay before the teams came back out and played the final minute of the first half before turning around and immediately playing the second. The break broke Wales’ concentration. Although Alan Curtis put Wales 2-1 up, the Icelanders took advantage of the understaffed Wales defence to notch again on the counter attack. The 2-2 draw was hugely disppointing and put massive pressure on Wales to get some sort of result against the group pace setters The Soviet Union.

Following a flight from Stanstead to Riga there was an hour of waiting before the team boarded another plane heading to Moscow. Then it was a three hour wait before eventually taking off for Tbilisi. By the time the team arrived they were already knackered. Mike England selected a vastly experinced side with nearly 400 caps between them and the most experienced player he had available – Brian Flynn – was back to captain the side after missing the Iceland debacle through injury. It was all to no avail. According to Joey Jones:

“they murdered us and, from a personal point of view I was given the biggest run-around of my interational career”

To be fair to Joey he was up against Ukrainian great Oleg Blokin, winner of the 1975 Balon d’Or. Both Blokin’s parents had been Olympic sprinters. ‘Oh yeah’ replied Jones after the match, “my Dad’s a hospital porter and my Mam’s a cleaner so what bloody chance did I have of catching him?!”

All was not completely lost. If the Soviets beat the Czechs in the final game of the group, Wales would get to Espana’82 after all. But, as was often the case in games between eastern Europen teams back then, the match was played in a ‘friendly spirit’ with a tame draw leading to another agonising near miss for Wales. To make things even worse, the Scots, Northern Irish and English all went to Spain the following summer, leaving Wales as the only UK nation to miss out. That sort of thing usually seemed to be the way in those days. Any Welsh kids reading this? You little bastards don’t even know you’ve been born… 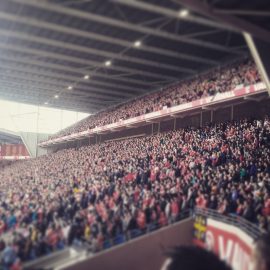 Well, at least we’re playing this game in October rather than November.

Still smarting following the 3-2 loss in Moldova a few months earlier Wales headed for Tbilisi with – on a paper at least – a much stronger side. The famous front three of Rush, Hughes and Saunders were all available and manager Mike Smith (in his disasterous second spell as boss following a successful first spell in the 1970s) was more bullish about Wales’ prospects. He reckoned without future Manchester City magician Georgi Kinkladze though – the type of playmaker Wales ALWAYS struggled to deal with and never produced ourselves (until Aaron Ramsey came along).

‘Kinky’ was at the heart of everything as Georgia ran riot, 5-0 going on 10-0 according to witnesses (I didn’t see the game – it was during a period when I decided the heartache of following Wales wasn’t worth it so I simply stopped watching football and concentrated on music, beer and the opposite sex instead).

This was a really good Georgia side, newly independent and out to make a mark on the footballing world. Temuri Ketsbaia – later to play successfully for AEK Athens and less successfully for Newcastle United – scored twice. Kinkladze and Ketsbaia weren’t the only ones to make a mark in the UK; Shota Arveladze would go on to score an impressive 44 goals in 95 games for Glasgow Rangers in the early noughties.

The rest of the nineties were pretty much a write-off for Wales. Perhaps the biggest sign of our backwards thinking in that period was in FAW counciller Eddie Melen’s response to the Tbilisi tanking; “The side is crying out for a hard man like Vinnie Jones”. Jones made his Wales debut in the following game at home to Bulgaria. It finished 3-0 to the Bulgarians.

I take some comfort that the Welsh team that day in 1994 included a certain Christopher Patrick Coleman, so I imagine the danger of us underestimating the Georgians in their own back yard will be minimal. The last few years have seen plenty of days and nights where past trauma’s have been thoroughly excorcised. Let’s hope this is another one.

*No Gladys Knight and the Pips fans out there? No? Oh well, it amused me at least… 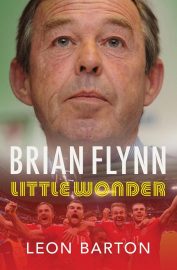 Leon’s biography of Brian Flynn, ‘Little Wonder’, is due out next month on St David’s Press