Wales fan Nathan Low from Caerffili won a trip through Vauxhall Wales to watch the Wales team train ahead of the friendly against The Netherlands. Nathan has been kind enough to share his observations of the experience with us.

I was lucky enough to win a chance to watch the Welsh team train at the Vale Hotel thanks to Vauxhall Wales. I decided to take my fiancée with me. She did not want to be in any photos but was happy to take snaps all day while I mingled with the players. We were met at reception by a Vauxhall representative, who was very welcoming and happy to have us there. We were then taken to the training pitch where the team would be put through their paces by Chris Coleman and Osian Roberts.

First to turn up were the goalkeepers Wayne Hennessey, Danny Ward and Owain Fon Williams. They began training on a half pitch next to the full one by which we were stood. Ten minutes later the rest of the team arrived on a coach, got changed and headed out on the pitch. They did a 20 minute warm up followed by some passing exercises. 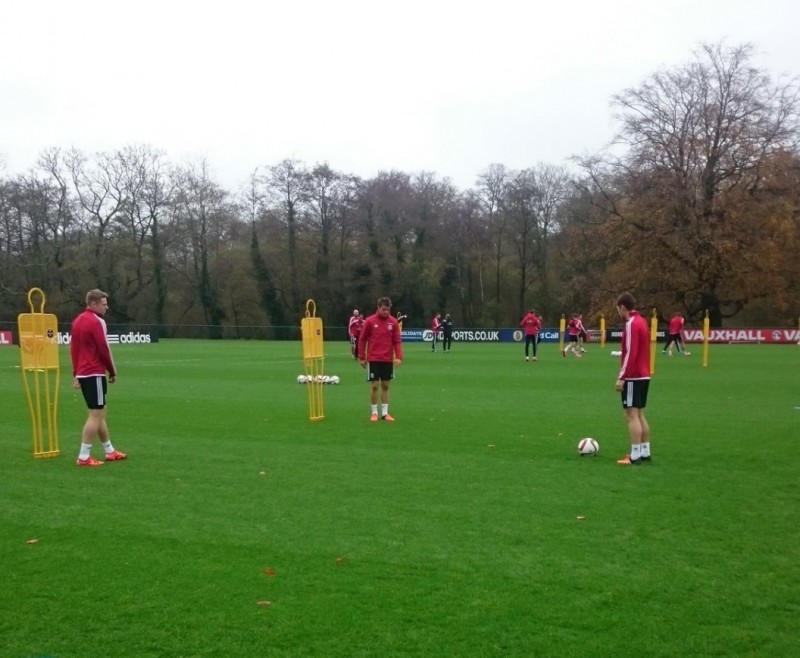 Now, if I said the tempo was high you would say ‘obviously’. However, the players’ speed and accuracy was outstanding. I play parks football and was truly amazed by just how good these players’ touches and passing were. It was different to watching them in the stadium or on TV as there was no pressure on them from opposition so they could really ramp up the tempo. Even James Collins looked impressive with the ball at his feet.

After they had got their touches right they went into a training game. It was great to watch all of them going head to head. Again, a high tempo to the game. Coleman was asking for constant pressure from the forwards and didn’t want the defence lumping the ball away. There was a huge emphasis on Jonny Williams. I guess that in the absence of Bale and Ramsey everything will go through him. In the game there was a handball in Danny Ward’s box and Joe Allen smashed the penalty past Ward into the top left, although Danny did get fingertips to it.

Training was then finished for the day. We got to meet the players and have pictures and autographs before they boarded their coach. They were all very friendly and Chris Coleman really is a top bloke who clearly respects his players and appreciates us fans. I congratulated him on qualification and wished them all good luck for tonight. 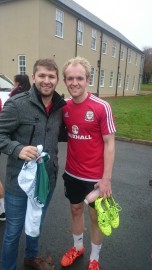 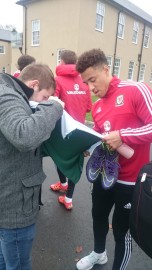 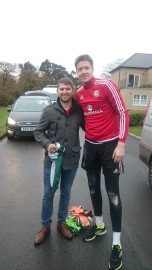 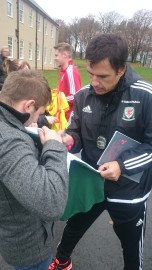 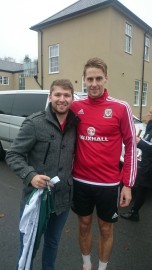 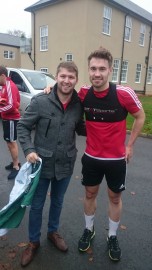 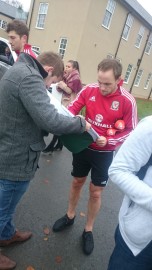 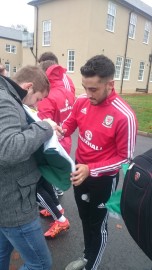 The day really was great and was even better than what I expected. To have the chance to glimpse behind the scenes really was special and I was very grateful to everyone who made it happen.