School’s out! So, unfortunately, is the football season. But never fear, the Podcast Pêl-droed team is here with some book ideas to satisfy your thirst for Welsh footie knowledge as you soak up the rays on the Costa Del Pen Llyn this summer.

Hands down, my absolute favourite Welsh football book. The unlikely tale of a teenage tearaway from Llandudno, who just happened to become the first Welshman to win the European Cup and (for a time) his country’s record cap holder. An absolutely hilarious story, told with customary humility and bags of heart and soul. What a hero! Leon Barton

A searingly honest account of his career and personal life, Hartson talks candidly about his gambling addiction, marital infidelities and battles to maintain an appropriate weight for professional football. It reminds you too, though, quite how many stellar players alongside whom Hartson played: Bergkamp, Giggs, Hughes, Larsson, Wright, Bellamy. Unlike some Welsh autobiographies (Rush and Giggs for instance, see below), Hartson spends a lot of time on his international career. He offers an insight into life with Wales under Bobby Gould with gallows humour, particularly the tragi-comic episode when Gould offers to fight Hartson in a vein and misguided attempt by Gould to instil the Crazy Gang mentality into the Wales squad. The edition I read is prior to his successful battle with cancer and it is presumably covered with similar honesty and frankness in subsequent editions and his Welsh language autobiography Hartson. Russell Todd 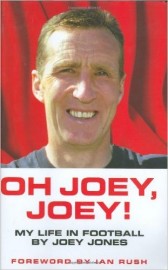 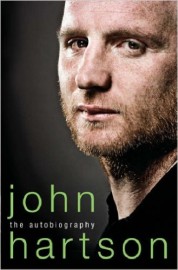 When Pele Broke Our Hearts by Mario Risoli

The fascinating story of Wales’ first (and to date) only appearance at a major tournament – an adventure that came to an end when some 17 year old kid called Pele scored his first World Cup goal at the quarter final stage. Risoli’s style is somewhat dry – he’s certainly no prose stylist – but a story as fascinating as this doesn’t really require much in the way of poetic flourish to make it interesting. I particularly liked the tales of the squad training in London’s Hyde Park in preparation for the tournament – classic ‘jumpers for goalposts’ stuff. It’s fair to say things are a bit different now… LB

The title says it all. The man has been through so many painful experiences in his life, which makes this a difficult read. At the same time it’s utterly absorbing. It’s clear that – understandably – Yorath has never recovered from witnessing the death of his 15 year old son Daniel from an undetected heart condition in 1992, his defence team even warned that he could be a suicide risk if sent to prison for a serious drink driving incident in 2004 (in the end he received 60 hours community service and a 30 month driving ban) Considering the loss and heartbreak that Yorath has suffered in his life and career it’s heartening to know that Chris Coleman keeps in touch with his old Swansea City and Wales boss. As someone who missed out on qualification as a player and manager by the most agonisingly small margins, it’s a lovely thought to imagine Yorath amongst the travelling Welsh hordes in France next year. IF we qualify, of course. LB 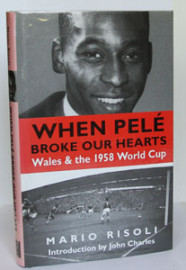 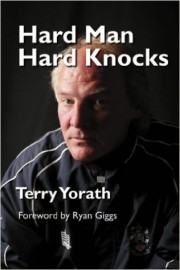 Like Hartson, Mickey Thomas appears to not pull any punches in chronicling the many ups and downs that have affected his life both personally and professionally.  Like Hartson, neither does Thomas shirk responsibility and holds up his hands for how he would run away from problems rather than confront them. Thomas is often childlike and naive, but it serves to endear the reader to him more often than not; particularly his relationship and bond with Joey Jones his mentor, confidante, best mate and, it seems to come across, his big brother. Thomas regales tales of Wales trips with huge enthusiasm and pride for a man who I didn’t realise could have represented the Republic of Ireland. The other thing about which he writes with strong affection is north Wales, which he seldom ever left for long and was home sick for throughout his career. Thomas also offers an insight to, for me, an interesting episode in football history: the late 1970s, early 1980s North American Soccer League and indoor competitions. Look beyond the Guy Ritchie-style title and slightly casual cover. It’s a much better read than you will expect. RT

The Binman Chronicles by Neville Southall

Superbly entertaining autobiography of an absolute one-off. The man truly defines the word eccentric, which is partly what makes this book so good. As a goalkeeper rather than outfield player, and teetotaller in the age of the boozy footballer, Southall is the classic outsider looking in, which is the kind of perspective you need to be a good writer (so I’m told..) He’s particularly good on the FAW, which (in its review of this book) When Saturday Comes magazine described as being ‘run like Dad’s Army‘ – a line so spot-on that I couldn’t resist reproducing it here. LB 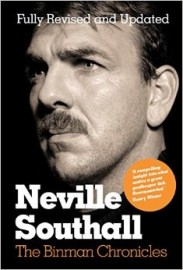 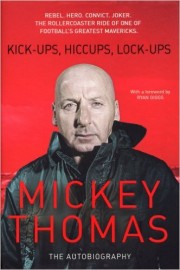 Nothing less than a complete history of Welsh football, from the 19th century to the death of Gary Speed. An amazing feat of research, which makes me feel slightly guilty about nitpicking. At times it’s a little overly fastidious though – why the obsession with exact crowd figures for instance? My favourite moments are the more the personal ones; Stead is excellent when describing his childhood memories of watching the infamous Scotland game at Anfield in ’77, and the final chapter contains a heartfelt plea for Welsh unity in the devastating wake of Speed’s death. Amazingly, and wonderfully, it’s a plea which appears to have been heeded. With Cardiff fans praising Chris Coleman’s management and Swansea fans waxing lyrical about the atmosphere for Wales games at the Cardiff City Stadium, I really can’t think that there’s ever been a time when so many in the Welsh football family have been pointing in the same direction before. The direction of France.

Stead used to run the (mainly) excellent Ffwtbol website where he produced a a controversial article called ‘The death of Wales’ a few years ago, which predicted that our national football team (which has existed since 1876 – several years before there was such a thing as a Wales rugby union team by the way) was in the process of gasping it’s last breath. With Wales top ten in the world rankings, seeded 1 for the World Cup draw and on the verge of a qualification for the Euros, I would like to think Stead may have changed his mind by now. He might even have to write a new chapter or two of Red Dragons, ready for publication next summer. LB 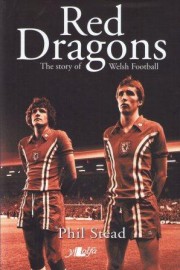 Giggs: The Autobiography by Ryan Giggs

Much like the man’s career, the book is so devoted to Manchester United and non-plussed about Wales that it becomes clear why Giggs was such an under-achiever at international level. LB

Rush: The Autobiography by Ian Rush

Maybe it’s a bit harsh to list this under AVOID! but the fact remains I was really looking forward to reading about this legend’s Wales career, only to find it a crushing disappointment due to little reference to Wales. Other than vague references to being on ‘international duty’ and ‘returning from a Wales game in Eastern Europe’ there is no specific mention of playing for Wales after the late 1980s. Not even a mention of his goal against Germany in 1991. Even Giggs manages more references to his Wales career. I appreciate it is a book largely written for and marketed to a Merseyside audience but still it is odd how the best part of 40 caps and most of his goals are airbrushed out of his career. Rush’s days in Juventus are told in fascinating detail, as is the impact of playing for Liverpool in the aftermath of both Hillsborough and Heysel. So why the lack of detail about Wales? RT

Savage! by Robbie Savage with Janine Self

The money and self-obsessed memoirs of a charmless clown. LB 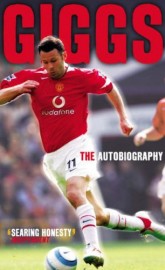 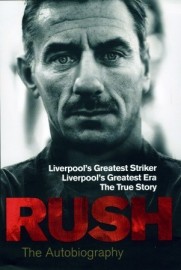 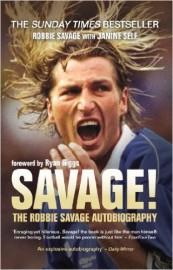