Called Up But Not Called Upon – Jack Lewis’ story

In two blogs Russell Todd has brought into the spot light players who were called up by Wales but who were never fortunate, fit or favoured enough to be called upon to win a cap. Players such as Ian Davies, Daniel Alfei and Lee Fowler or Scott Young, Carl Dale, George Baker and Eifion Williams.

It was after the first blog that the ever-helpful and knowledgeable Gwyn Jenkins pointed out that Frederick ‘Jack’ Lewis, known mainly for his seven years at Grimsby Town, was called up ahead of the crunch Euro 76 qualifier against Austria at The Racecourse. Further digging unearthed a thread on the Cod Almighty forum that explained the agonisingly frustrating circumstances in which Derbyshire-born Lewis missed out in that game in 1975: Lewis was warming up to come on as a sub for Everton’s David Smallman when Arfon Griffiths pounced to score the eventual winner; at which point Mike Smith decided against making the substitution.

That second blog and tweets with Gwyn were picked up by Jack’s son Frazer Lewis who has since helpfully shared these clippings that provide further detail of Jack’s 1975 call-up and his career. Lewis, who qualified for Wales through his Llanhilleth-born father, subsequently represented Wales under 23s as an over age player in a 2-3 defeat to Scotland in February 1976, again at Wrexham. Although Lewis was on standby for that year’s Home Championship squad (hence his picture in a Wales kit in this blog’s header image) and made it onto the bench for the first leg of Wales’s 1976 European Championship quarter final against Yugoslavia, he sadly never won a cap, with no further call-ups after the Yugoslavia matches. 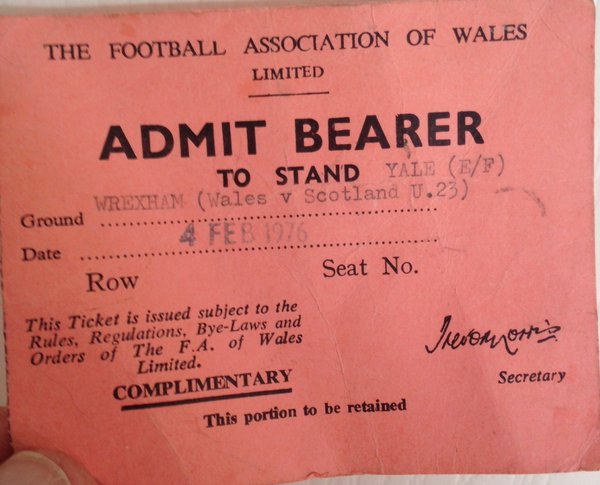 Jack’s father’s ticket to the 1976 u23 international 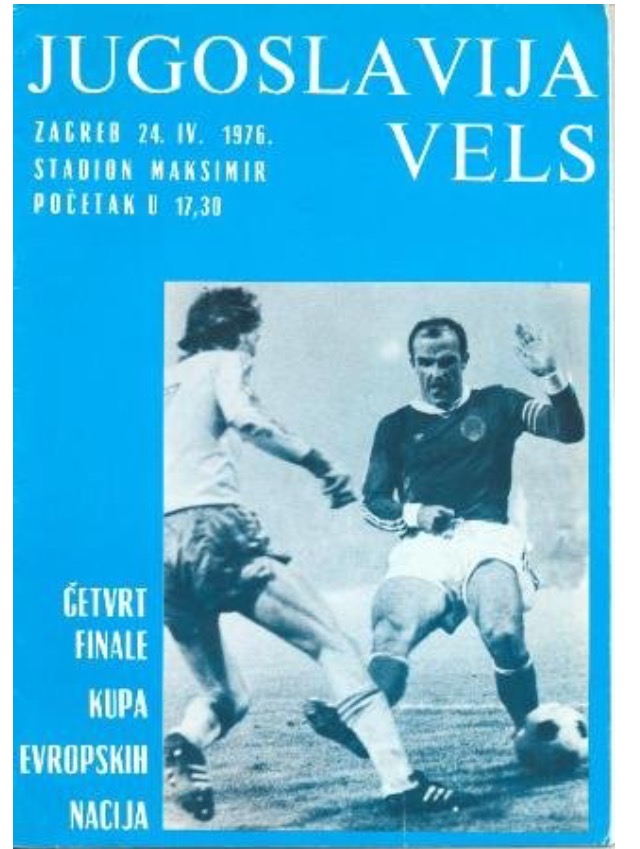 His eligibility was only brought to the FAW’s attention four years earlier when Lewis and his Newport-born Grimsby Town teammate Graham Rathbone “jokingly” filled in a circular that the FAW had sent to all clubs inviting Welsh-born players and those with Welsh parentage to make themselves known. This was in light of the eligibility rule change that saw Keighley-born Trevor Hockey become the first ‘Anglo’ to play for Wales in 1971. 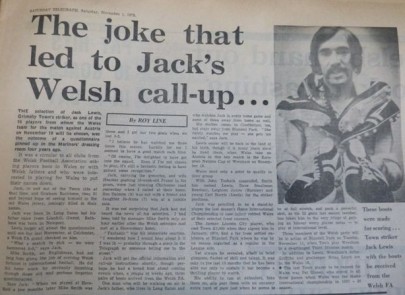 Now in his late 60s, Lewis lives in Armthorpe, Doncaster (where he finished his professional career) after settling down with his second wife and is in good health, apart from 2 recent knee replacements, and he loves walking his dog to keep active.

With the prospect of Wales and England facing each at Euro 2016, according to Frazer:

“Me and my dad always want both Wales and England to do well. I won’t mind a win for Wales. My dad will be Wales all the way!”

We’d like to wish Jack Lewis well in his retirement and hopefully he’ll be happy on 16th June. Many thanks also to Frazer for getting in touch and sharing the story of his dad who is clearly very proud of his Welsh roots. 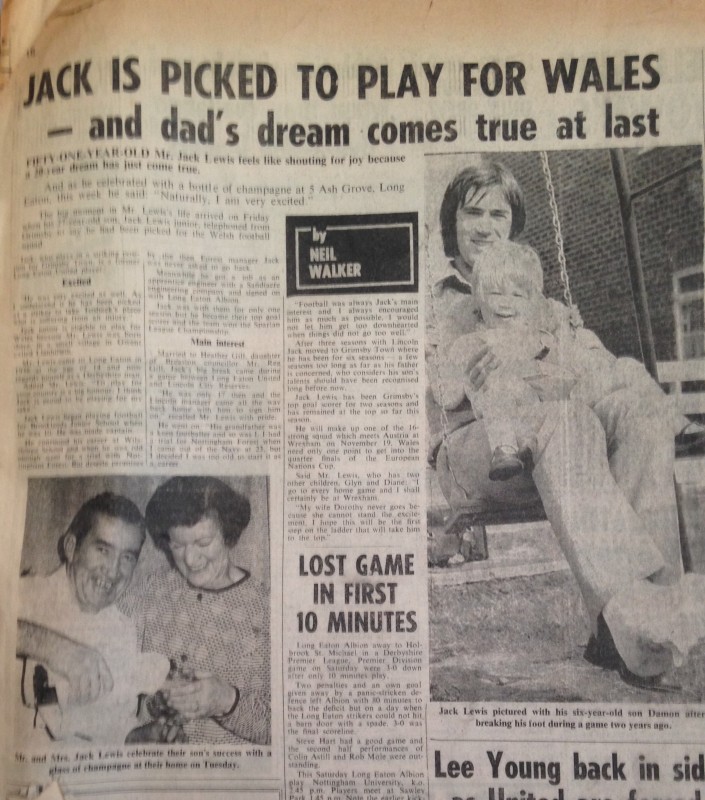 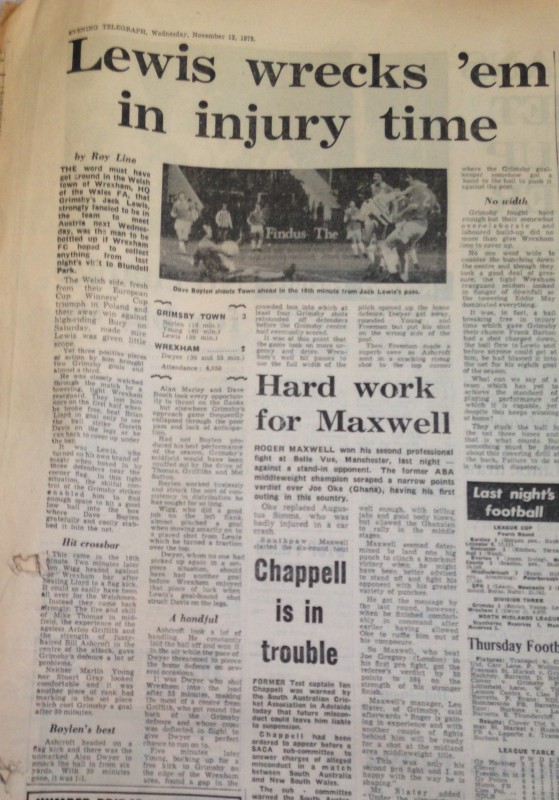 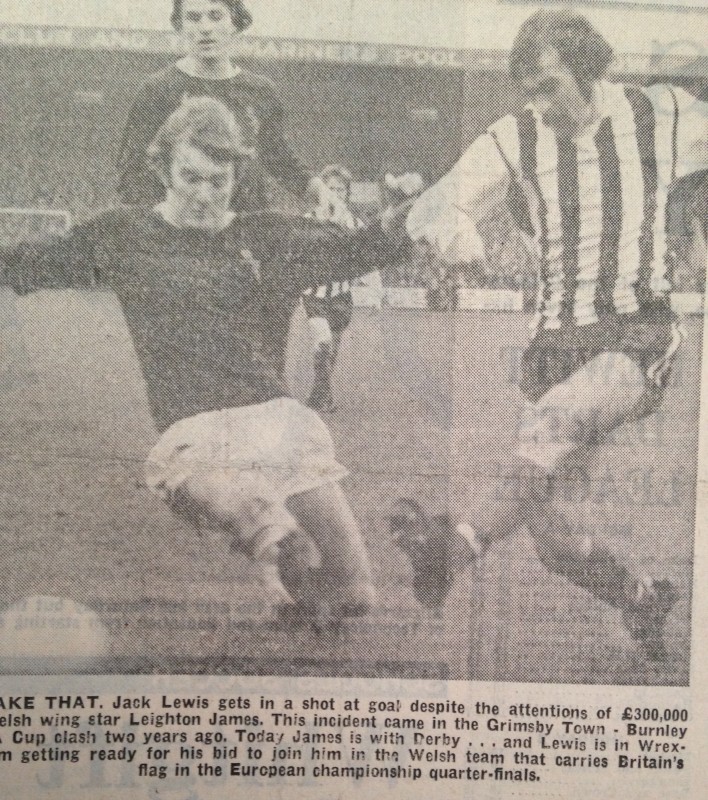 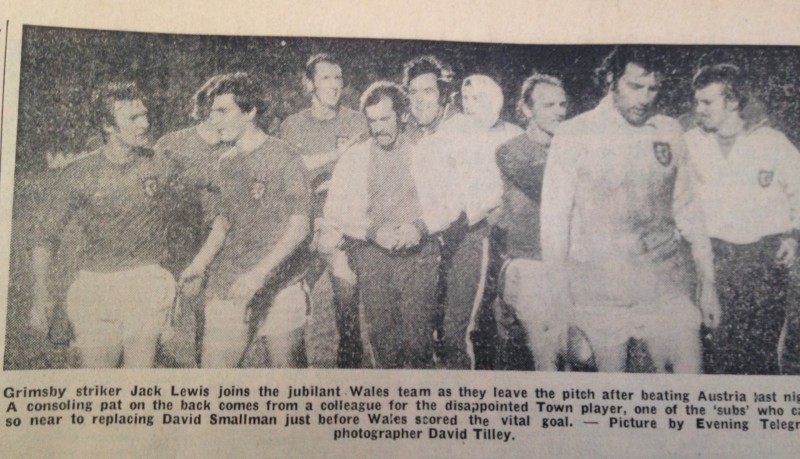 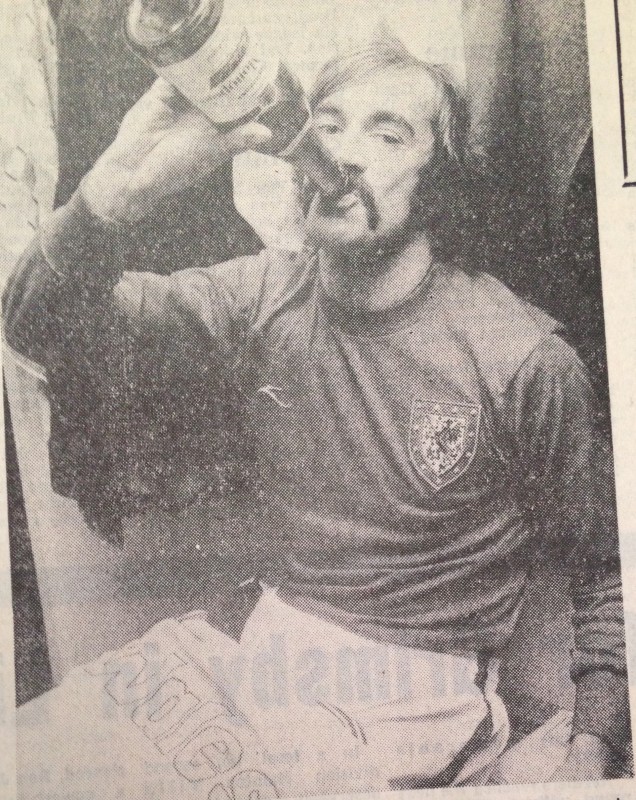 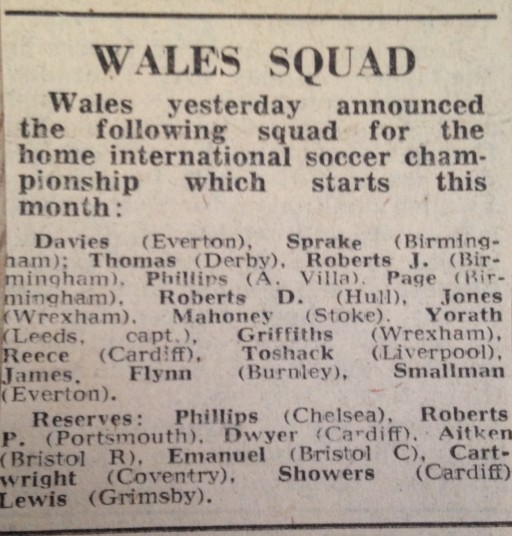 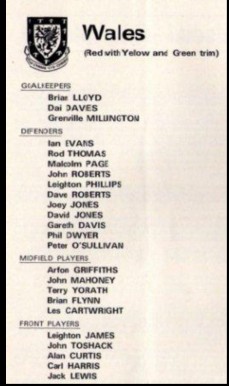 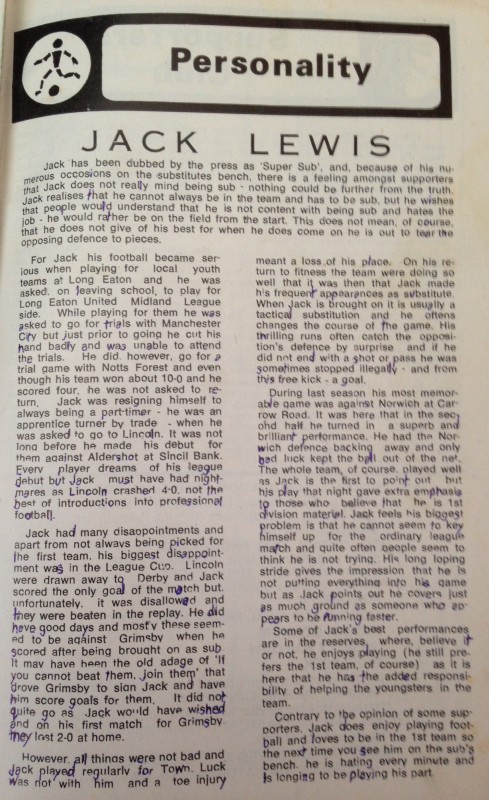