The Nations League – hopefully more successful than the League of Nations

Despite the failure to qualify for this summer’s World Cup, there was plenty for fans of Welsh international football to look forward to at the start of 2018. Not least the Nationa League draw on 24th January. In this blog Buzz Boncath helpfully explains its format and the prize on offer.

A new manager, a trip to the Far East with a chance of some very rare silverware in the China Cup (or more accurately goldware – I did some research to be reassured the actual trophy isn’t a massive china cup!), four important games in qualifying for the 2019 Women’s World Cup and of course, the World Cup in Russia is certainly the high point in any football fan’s year, even if Wales aren’t there…

The first item has been ticked off the list with the appointment of Ryan Giggs as our new manager. Everyone has a view on his suitability or otherwise for the role, but now that he is in post, he deserves a fair chance to prove himself. His success is now our success. Performances on the field are the most important measurement of any manager’s performance.  March’s trip to China provides him with a good opportunity to settle in and bond with the squad, and if he’s able to return with a trophy, that will go a long way to settling doubts over his appointment.

The FAW were true to their word by appointing their new man to the role before the draw for the inaugural UEFA Nations League . It will be Giggs’s first formal duty in post.

As someone who can’t afford the trip to China, it’s the Nations League that I’m most looking forward to this year. Whilst many Welsh fans have heard about the competition, there’s still some confusion around what it actually is. This is my attempt to explain it.

Essentially, it’s an attempt by UEFA to give international games outside of traditional World Cup and Euros qualifying more meaning and make them more competitive by organising teams of similar strength in terms of their world rankings in leagues to play one another.

The teams in the league will be organised into 4 groups of 3, with the teams playing each other home and away. The games will take place in the September, October and November international windows this autumn. The draw on 24 January will determine the groups, with the fixtures confirmed at a later date.

The draw for League B will be split into 3 pots: 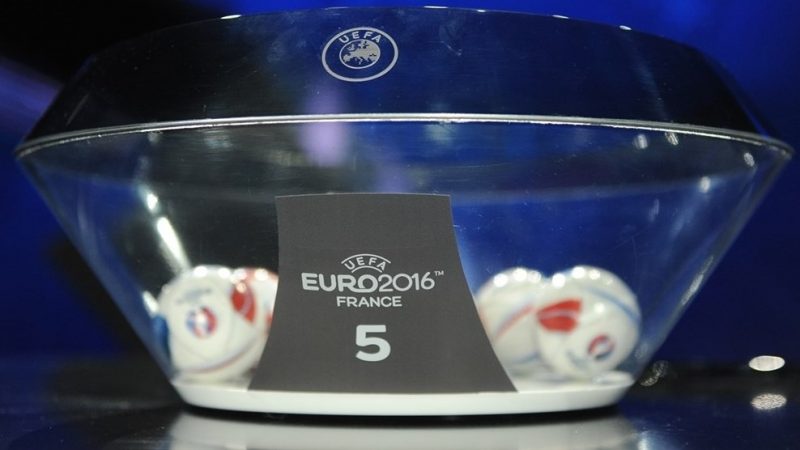 Obviously, Wales can’t draw anyone in the same pot as us. UEFA’s decision that Russia and Ukraine can’t be draw together for obvious political reasons means that we are slightly more likely to draw them than any of the other teams. Otherwise, take your pick – who would prefer? Several people I’ve spoken to, with a dash of Welsh football fatalism, are resigned to a group that includes both Northern Ireland and the Republic of Ireland, but statistically speaking, that’s pretty unlikely – and with that sentence, I’ve thereby condemned us to that exact draw!

When are the games played?

A group of 3 teams means each team will play 4 games, 2 home and 2 away, over the 3 international breaks. Common sense would suggest that the best way to do it for all concerned is for each nation to agree to a home double header during one window and a single away game in the other two windows, but that would mean that one country would have a home double header in the first window in September and consequently a perceived advantage. We shall see what fixtures emerge.

What is the potential prize?

Whoever wins the group, or whoever is the highest-placed team in the group who does not qualify for Euro 2020 through normal qualifying during 2019, will enter a play-off competition in March 2020 with the other 3 highest-placed teams in League B who have likewise not qualified via the normal route. If all three teams in a group qualify for the Euros in the normal way, then the play-off spot will be will be given to another team within the League on the basis of: Nations League points, goal difference, goals scored, away goals scored, wins, away wins, disciplinary points and finally UEFA coefficient ranking, until any tie is broken (in the incredibly unlikely event that 2 teams are tied on all these, I presume they’ll draw lots!)

The 4 teams will be spilt into two, with the teams playing each other home and away. The winners of those fixtures will then play a single winner-takes-all game, presumably in a neutral venue, with the victorious team claiming a Euro 2020 spot.

This will happen for each league, so even League D, which contains the likes of Liechtenstein, Gibraltar and the Faroe Islands, will have a representation at Euro 2020. So the Nations League represents a second route to Euro 2020 qualification and further extends the spread of teams who can qualify, building on what happened during Euro 2016 qualifying.

The Nations League is an interesting competition, it’s been seen in some quarters as an attempt by UEFA’s national associations to raise the profile of international football and wrestle back some of the game from the big clubs by having more meaningful international games. The games will be counted as competitive games for the purposes of FIFA rankings, and so avoid the situation where countries lose FIFA ranking points for playing international friendlies. UEFA are already planning a second competition for the 2020-21 football season, and every two years after that. Other confederations are also reportedly studying how it works, with a view to running their own versions, so whilst it’s still unfamiliar to us now, it’s likely to become an established competition in international football calendar in years to come.

And if you’re wondering about the title to this article, I’ll explain.

The draw takes place in Lausanne, Switzerland, near UEFA’s headquarters. That’s about 40 miles along the coast of Lake Geneva from the former headquarters of the League of Nations, the predecessor of the United Nations, in Geneva itself. The League of Nations was set up after World War I to maintain peace and prevent international wars, but failed spectacularly to prevent World War II. When talking about the Nations League, I often find myself calling it the League of Nations, but let’s hope the Nations League fosters international understanding better than its ill-fated synonymic forerunner.