You might not know that Preston North End were the first English league champions in 1888, and also won the FA Cup that season without conceding a goal. They are therefore the first Double winners and consequently earned the nickname “The Invincibles” for completing a season unbeaten in both league and cup competition.

They have had a few Welsh players in the past. More Welsh goalkeepers than you’d expect, such as Chris Maxwell who is currently second choice; and lots of Welsh midfielders, most recently Billy Bodin who signed last season. Some you will have heard of, some maybe not.

So in a 3-5-2 formation, here’s my best ever Welsh XI from Preston North End: 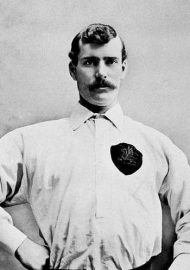 An interesting fact about The Invincibles team is that its two keepers hailed from Wales. Jimmy Trainer (nicknamed ‘The Prince of Goalkeepers’) played 275 games for North End during his time and played most of the time in the league. Trainer served his time as a coach-fitter in Wrexham whom he also played for. However he left there after insulting a referee in an FA Cup tie and moved to Bolton. North End were impressed by him when they beat the Trotters 12 – 0 and duly signed him. Just makes you wonder how many North End could have scored if he hadn’t played well! His Wales career ended in 1899 after his 20th cap – the second highest by a Wales player at this point – in a 0-6 drubbing in his hometown versus Scotland.

North End also used Dr R. Mills Roberts as a member of the Invincibles, especially in the cup. Born in Ffestiniog, he studied at University College Aberystwyth where he was spotted as a talented goalkeeper, especially when he played later at St Thomas’s Hospital in London.

Rob Edwards played over 200 games for Bristol City, over 160 for Preston and the same for Exeter where Cumbrian born Edwards scored the goal that took the Grecians back into the Football League in 2008 – and my Exeter supporting wife bought his match-worn shirt at auction! A solid dependable defender who could play across the back and also centre midfield, Edwards won 4 Welsh caps thanks to his Ruthin born father, having previously won B and u21 caps.

Craig Morgan joined Preston with Darren Ferguson who took over as manager in 2010. Morgan managed 50 games under three different managers during this period and had an eventful playing career at Deepdale with several sendings off and injuries, as befitting an all-or-nothing defender. Made his full debut as a 16 year old for Wrexham, Morgan won the final three of his 23 international caps while a Lilywhite.

George Berry is widely known as a Stoke and Wolves legend and rightly so – plus he managed four Welsh caps. In footballing terms he also symbolises yesteryear with his distinctive afro and the fact that he signed for Preston at the end of his career when we were playing on a plastic pitch which was essentially a trampoline! Sadly his knees couldn’t make the transition and after a handful of games he moved on to Aldershot where they presumably still played on grass! 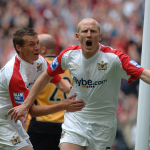 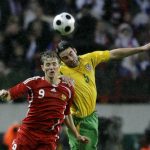 Simon Davey was your archetypal quick and nippy winger with lots of pace to torment defenders. Starting out at Swansea City, he played over 100 times for North End scoring over 20 goals. Davey made his debut in the first of five games Beckham played on loan from Manchester United. Davey was a freekick specialist, but Beckham scored his first league goal for Preston when he asked Davey if he could take the kick instead – and the rest is history. David Moyes later appointed Davey coach of Preston’s youth team, and after a high-profile spell in charge of Barnsley, now coaches in the US.

Steve Doyle from Neath had an 8 year playing career in the mid-70s and early 80s as a solid and dependable midfielder under Nobby Stiles. He played almost 200 games for North End and for many years held the club record for youngest ever debutant. and then had similar long stints at Sunderland, Hull and Rochdale in a twenty year playing career. Won u21 and u23 caps for Wales while at Deepdale.

Paul Parry moved to Preston from Cardiff City and whose fear of flying apparently limited his Welsh appearances to just 12 games, and, I understand, his international career came to an end under a cloud. He played 80 games for North End where his wing play was much in demand, especially by the centre forwards. He was either used as a wide midfielder for Preston or as a wing back. Last seen running an estate agency in Llandaff North in Cardiff.nn 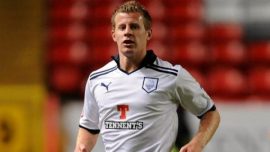 Peter Sayer is another from the Cardiff City to Preston pipeline who enjoyed a strong spell with us. After a decent start he then struggled to get games and was loaned back for a time before we sold him to Chester City. Interestingly, Sayer won all his seven caps in a single calendar year, 1977, including Wales’s only victory at Wembley. Still living in the Preston area, he worked at Preston’s football in the community department and later ran a pub and was a steward at Preston Golf Club.

Preston have also always had a link with Manchester United and Jonathan Clark signed in 1981 where he made 110 appearances for the Lilywhites. In 1985 he was awarded the club’s Player of the Season. Born in Swansea, he made appearances for Wales Schools and the Under 21s but never made the leap to full international. 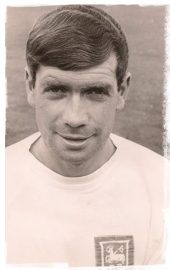 Brian Godfrey was a prolific goal scorer for especially Preston and Aston Villa. Flint-born, Godfrey was unlucky to only win three caps for Wales during a decade of limited success for the country. He scored on his debut, in the same game that Pat Jennings and George Best also made their international debuts. Godfrey also played in a Third Division Bristol Rovers side where he was part of a side that turned over a First Division Manchester United side in the FA Cup 2-1. United had Best, Charlton and Kidd in their side that day, so no mean feat.

Kurt Nogan is a Preston legend. I have great memories seeing him almost score a first half hat-trick against Arsenal in the FA Cup in 1999. He scored two great first half goals and another hit the post before Petit, Boa Morte and Overmars redressed the balance. Nogan was a real fox in the box and scored 27 goals in just shy of 100 appearances. He also started out at Grange Quins FC where I played for a few seasons – another reason for his inclusion. Nogan won a pair of u21 caps, and was arguably unlucky not to replicate his brother Lee’s achievements of winning full honours, despite being called up.

Why not email us a Welsh XI from your club’s past or present?