The summer of 2016 will be ingrained on our collective psyche for years to come. But as fans we were not treated solely by on-field matters. 2016 will also be remembered for a slew of quality Welsh football books. We have reviewed some of these, and others, previously (here and here). Here is another installment from Russell Todd and a poetic Leon Barton.

Hugely entertaining diary of the Euro 2016 qualifying campaign, which works tremendously well on two different levels. First, as a fan, Law captures the excitement of the dream finally becoming a reality in vivid – sometimes rhapsodic – prose. Despite his professional duties, you really do get the feeling that he was as ecstatic as any other long time Wales fan to see his national team qualify at long last. And second, it’s a fascinating insight into the life of a professional sports reporter – the travelling, the comradeship, the pressure, the politics: the ultimately futile attempt to get a pre-game interview with Gareth Bale is a running theme. The player’s personal media and sponsorship deals made this too difficult in the end.

As a supporter who’s never even met any of our current players, I found Law’s opinions of what they’re like heart warming; they really are as great a bunch of blokes as they appear to be. But this book is not the rambling thoughts of a fawning fan-boy, it’s full of perceptive points. For example, Law notes that the kind of team spirit evident in the Wales squad is near-impossible to achieve at club level these days, because players generally don’t stay at the same club for longer than a few seasons. The turnover of personnel sees to that, whereas the atmosphere in the current Wales camp comes from a core of players being together for the best part of a decade.

Sky didn’t have the rights to any of Euro 2016, so presumably Law enjoyed the tournament simply as fan. I’m glad about that, he deserved to enjoy himself in France without any professional pressure. LB

Together Stronger: The Rise of Welsh Football’s Golden Generation by Chris Wathan

Wathan is the Gareth Bale of Welsh football journalism; clearly the best out there and someone with a real feel for the how the majority of loyal long time Welsh fans feel about their team. It helps of course, that Wathan is one of us; like many among the Wales crowd (particularly the away crowd) and most of the Podcast Pêl-droed gang, his introduction to the national side came during the huge highs and crushing lows of the Terry Yorath years. So there’s no mistaking that he found the journey this team undertook, from the difficulties of John Toshack’s tenure to the top table of European football every bit as thrilling as the rest of us. We were priviliged to chat with Chris ahead of the book’s publication in podcast 30.

Not that Wathan is particularly personal – he is on record as saying he doesn’t like personal pieces (probably hates my blogs then…) – but his excitement as the team nears it’s qualification goal is palpable in every paragraph.

Clearly benefiting from access to a number of players, the interviews with the likes of Danny Gabbidon and Chris Gunter are illuminating and it’s clear they trusted Wathan to accurately tell the story in a balanced manner. In discussing Toshack’s highly polarising time in charge for instance, Wathan is at pains to point to both the bad and good. Any criticism of Toshack’s training methods (from the players interviewed) is offset by emphasizing the number of debuts he handed out and just how seriously the former manager took the development of young players though the age-grade teams.

Perhaps, as a slight word of criticism, more could have been made of the developments in youth football, with the work of the Welsh Football Trust in bringing through a generation of much more technically able players than we’ve ever seen before somewhat glossed over. But maybe that’s a whole other book, ‘Together Stronger’ feels exactly the right length and more importantly, it does justice the this team’s amazing tale.

And it’s a tale that’s far from over. I can’t wait for the sequal. LB 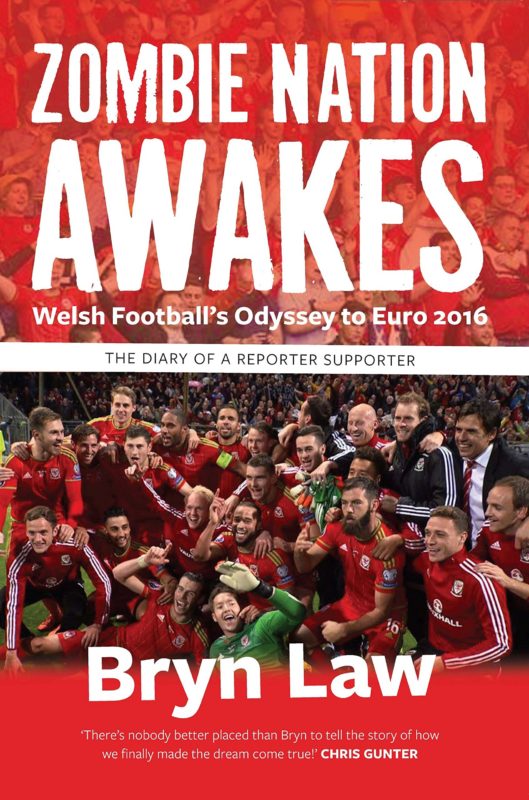 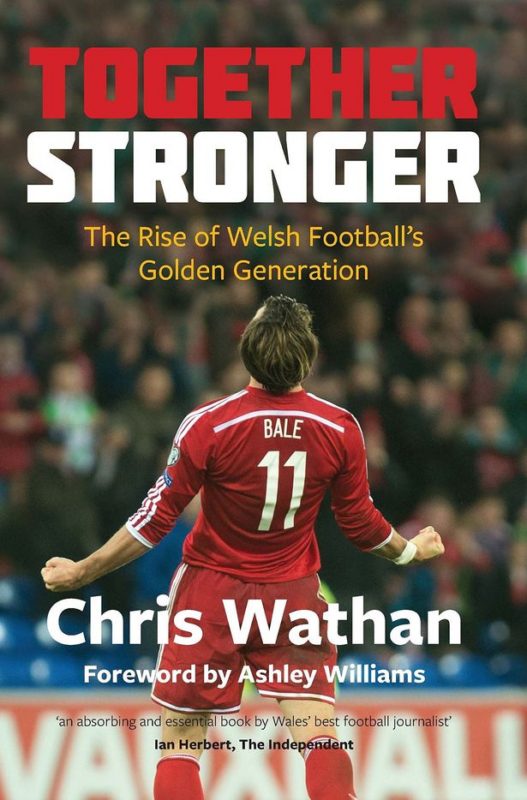 As Good As It Gets: A Centenary History of the Welsh Schools Football Association by Ceri Stennett

This impeccably presented retrospective was published in 2011 to mark the centenary of the Welsh Schools FA (WSFA), and who better to author it than Mr ‘Welsh Football History’ himself, Ceri Stennett. 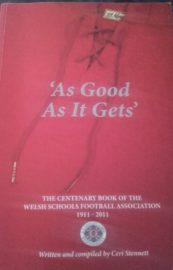 It is not just an impressive statistical tome – it lists all the WSFA caps, results and cup competition winners, and officials – but it also serves to place football within an interesting social and political context. In contrast to the FAW the WSFA’s power base was in the south and this saw games largely played here but there was a deliberate effort to take games to communities, particularly those hard-hit by the depression of the 1920s and 1930s: Tredegar, Aberdare, Pontypridd, Ebbw Vale. Barry’s Jenner Park and Newport’s Somerton Park were also regularly used. Stennett reveals how popular schoolboy matches were, not just for the national team; several regional schools’ associations sprung up around Wales in the twenties. In 1939 only 4,000 turned up at The Vetch to watch Swansea Town play in a league match, with another 10,000 being added to the gate immediately after to watch the Swansea boys’ team beat their Chesterfield counterparts to win the English Schools Trophy.

Indeed, there is a chapter called ‘The Swansea Years’ which outlines how remarkably productive the city was after World War Two in producing internationals, many of whom turned out for the WSFA, but also in reaching Welsh Schools Shield finals and English counterpart competitions.

It will not come as a surprise that the WSFA’s finances have seldom been anything other than parlous and the book continually demonstrates how reliant Welsh schools football has been on volunteer effort and the teaching profession to sustain teams and competitions and support players. Whenever a boy was selected to represent the WSFA, home or away, he would be accompanied by a teacher and the selection was an honour to the school and the community in which it was located.

From the 1960s onwards other parts of Wales began to host games as the WSFA strived to remain connected to Welsh communities far and wide, large and small – Colwyn Bay, Newcastle Emlyn, Rhyl, Aberystwyth, Llanelli – and Stennett allows the administrator and coach perspective to shine through via interviews with them such as Chris Whitely or Cledwyn Ashford.

There is a wealth of team line-up pictures and spotting the likes of a youthful Roger Freestone, Carl Dale, Karl Ready, Gary Speed, Chris Gunter or, er, Ryan Shawcross never gets tired. A fascinating revelation is that in an u15s international against England at The Vetch a young Delme Parfitt is listed as wearing 2 suggesting that Parfitt was at right back, given in those days player numbering was less anarchic. Captaining the English schools team and in direct opposition to him was one Ryan Wilson. If that probable torment was not enough, Parfitt also broke his leg that day in 1989. A Freudian explanation perhaps why Parfitt’s journalism displays such hostility towards the national team? RT 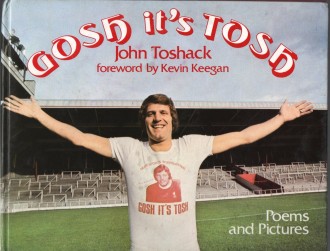 Gosh It’s Tosh it’s called, the book
If you can find it – take a look