Looking back on our year (part 2)

Part two of a recap of what we got up to in 2015. Sincere thanks to everyone who has listened to our podcasts, read and commented on our blogs and encouraged us continue to indulge ourselves.

The season drew to a close with Wales perched on top of Group B, among the first seeds for the World Cup qualifying draw and crashing into Fifa’s top 10 world rankings.

Jibes that this was solely Gareth Bale’s doing ignored the defensive resilience and organisation that had characterised the campaign to date. Russell noted however the consistency in defensive selection available to Chris Coleman in comparison with the Brazil 2014 campaign.

We continued to fill the close season footballing void with blogs. Leon and Russell suggested some Welsh football-related summer reading and a few to avoid (SPOILER: Leon describes Savage! as “the money and self-obsessed memoirs of a charmless clown”); Russell reflected on another retirement, this time Danny Gabbidon who retired agonisingly short of a fiftieth cap; and Gareth‘s debut blog earned the most comments of any when he encouraged inclusivity among Welsh fans, new and longstanding, and to #HugaPlastic (WARNING: may contain daffodil bonnets).

The new season opened with us looking ahead to the Cyprus and Israel double header and reflecting on our draw for the 2018 World Cup. We once again caught up with Raphael Gellar ahead of his and Israel’s visit to Cardiff. It’s fair to say our confidence was sky high (Rich‘s anticipated “wave after wave of attack” sadly never materialised against a stubborn Israel) and so qualification still hadn’t been clinched when we looked ahead to Bosnia and Andorra. With qualification finally being achieved, Leon chronicled Chris Coleman’s career deciding that the campaign had brought a degree of redemption for him. Further reflections followed: Russell reflecting on Joe Ledley’s elevation to culthood; and in a guest blog Jamie Thomas notes the irony in qualifying in Zenica, a town down the road from where Coleman’s management nadir occurred three years earlier – Novi Sad. 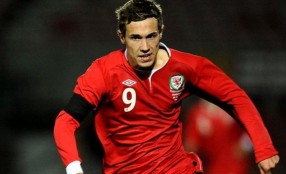 In podcast #19 we welcomed another guest, Huw Davies, to discuss the key points of qualification (WARNING: may contain traces of hedgehog) and the squad announced to face The Netherlands in Wales’ first official warm-up for France. This featured Tom Bradshaw for the first time and Leon reflected on the inclusion of his fellow Shropshire-Welshman.

Wales fan Nathan Low provided a fascinating insight to the squad training ahead of The Netherlands match…and possibly revealed to the Dutch that Joe Allen would be our penalty taker that evening.

Recording all our podcasts are fun but podcast #20 was particularly enjoyable when we chatted with Fez from The Barry Horns. And we rounded off 2015 with podcast #21 and Gareth, Hywel and Russell watching the Euro 2016 draw live.

The first podcast of 2016 will be a chat with Wrexham County Borough Museum and Archives about its extensive and fascinating Welsh football collection; after which it is full steam ahead to France.

See you on the Eurostar! Allez les Rouges! 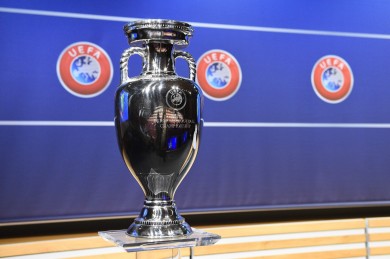